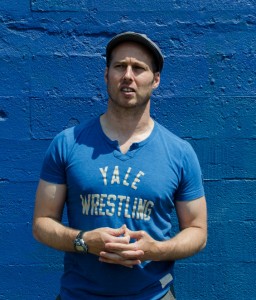 George Colligan is one of the most original and compelling jazz artists of his generation. A stalwart of the New York jazz scene, Colligan is an acclaimed multi-instrumentalist (best known as a pianist) composer/songwriter, educator, and bandleader, who is. Colligan is highly in demand as a sideman, having worked with players like Cassandra Wilson, Don Byron, Buster Williams, and Lonnie Plaxico, both on the bandstand and in recording sessions (appearing on over 100 CDs). He has released 27 recordings full of his intelligent writing and impressive technique. In addition to his new RMI Records release Write Them Down, his recent albums have included several trio and solo albums on the Steeplechase label as well as the debut album of the piano-less quintet Theoretical Planets (with Colligan serving as drummer/composer) and the all-star trio session The Endless Mysteries featuring Larry Grenadier and Jack DeJohnette, both on the Origin label. Colligan’s musical style incorporates everything from showtunes to funk, from free improvisation to 20th century classical music. His performances include dazzling technique as well as mature restraint. Colligan has been on the faculties of the Juilliard School and the University of Manitoba and is currently an Assistant Professor at Portland State University. He is also an insightful writer, as evidenced by his popular blog, jazztruth.