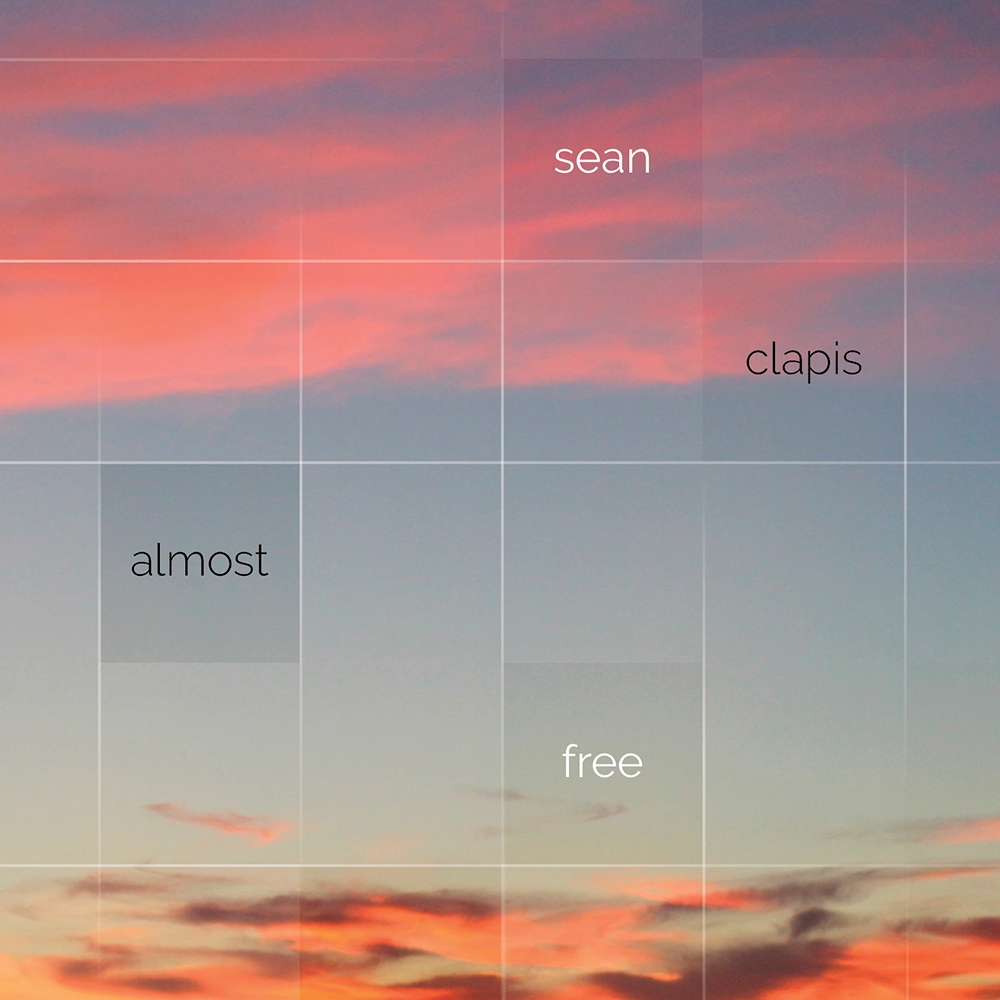 RMI Records is proud to announce the release of Almost Free, the latest album by guitarist and composer Sean Clapis. His fourth album (and second on RMI Records, following 2015’s The Unseen River), this trio date is an exciting document of Clapis’ development into a true powerhouse.

Since moving to Brooklyn in 2011, guitarist/composer Sean Clapis has had a diversity of experiences, from “trad jazz” to progressive, modern sounds. The synthesizing of these experiences can be heard coming together on this album that is at once accessible and restlessly exploratory. The genesis of the album came from Clapis hanging out in the historic Greenwood Cemetery with Israeli born drummer Itay Morchi and bassist and bassist Alex Tremblay (a fellow graduate of the Hartt School of Music’s Jackie McLean Institute of Jazz). Inspired by the meditative power of that setting the trio returned to Clapis’ apartment and, on his intuition, played free improvisations together instead of following the day’s intended itinerary of rehearsing his latest batch of compositions. The inspiring results led Clapis to alter his conception for the trio’s upcoming recording session, juxtaposing five fully-realized compositions with five more mostly-improvised vignettes that would serve as interludes.

The opening track, “Spin,” lays out many of the elements that distinguish the album as a whole. Tremblay and Morchi lay down an uptempo groove that vacillates between ethereal and hard-swinging, and both take nuanced, melodic solos. Clapis himself lays out a memorable melody and solos in a manner that effortlessly traverses the challenging terrain of a trio without another chordal instrument. We hear echoes of modern giants like Rosenwinkel, Metheny, and Abercrombie, but his own voice shines through. This transitions into the first interlude, “Iberian Blues,” an angular yet swinging romp for the trio.

“Alternative Fax,” follows, functioning as something of a rock anthem, albeit one with a gorgeously sophisticated chord progression. And while Clapis rocks hard, he also takes his time. His solo begins lyrically and patiently, building to a fury before the soft landing of the infectious melody’s return. That lyricism brings us into the next interlude, the Brahms-inspired “Ballade.”

The rhythmically aggressive modern jazz vibe returns with “Main-Tain,” dedicated to and inspired by drummer Jeff Watts. By the time the performance works up a lather, the trio burns its way through, undaunted by the polyrhythmic twists and turns. Clapis flows assertively through it all and Tremblay an Morchi get solo turns as well, each evoking a different color. From here the band goes into “Bad End,” a mysterious and gradually-building vignette conceptually inspired by video games.

“Shine Your Own Light” was inspired by the late comedian Patrice O’Neal’s reflections on free speech, particularly wondering what might happen if we could observe pundits with opposing views in unmoderated dialogue. Like much of Clapis’ music, the melodies are so catchy that only those concerned with music theory are likely to notice the harmonic and rhythmic quirks that challenge and stimulate the musicians. The four-chord vamp of “Question,” the next interlude, gives the musicians more room to invent and interact, further blurring the already-hazy line between composed and improvised on the album.

The group’s interactivity culminates in “Supernatural Disaster,” a rock-inflected yet at times swinging tune that provides one last opportunity for the band to use one of Clapis’ memorable compositions as a palette for a wide-sweeping exploration of rhythm and dynamics. They then ease us back to the ground with one last vignette, the gentle “Saitama Skyline,” named for the snow-topped apartments in a Japanese city where Clapis’ brother lived.

The album as a whole provides an invigorating display of these three musicians’ creative, tuned-in interplay, with coherent improvisations and spontaneous interpretations of the composed material. In sum, we hear them take these varied contexts and bring them all to a place where the logic of a well-conceived composition coexists with the uniqueness of the present moment. RMI Records label head Noah Baerman has known Clapis since he was his teacher in 2004 at the Center for Creative Youth program in 2004. Says Baerman, “it has been such a joy to see Sean mature as a musician and person. He has been a powerful guitarist for years now, but his voice keeps getting more distinctive.” Almost Free serves as a significant milestone along that journey.