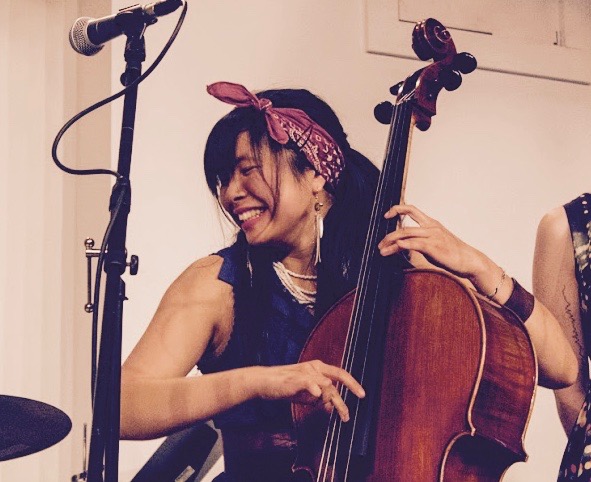 Mel Hsu is a sonic painter of impossible worlds. As a multi-instrumental composer and performer, Mel finds home in the chaos of ethereal soundscapes. Her music dances curiously in the magical place between cacophony and utter stillness. A restless musical soul, Mel often ventures from her classical roots into unexpected collaborations with dancers, filmmakers, rappers, poets and visual artists. She has released three solo works: i was a phoenix (2016), Call Home the Crow (2014), and This Living Room (2011).

Mel is the Community Organizing Director at Girls Rock Philly, where she works to amplify the voices of girls, trans and gender non-binary youth through the radical process of unapologetic sound-making. At Play On Philly, Mel teaches “Identity, Power and Music,” a media literacy course designed to sharpen her students’ abilities to think more critically and courageously about the sociopolitical contexts in which they live and make music.

Mel’s performances have been described as “the feeling of being alone in a dark church, reckoning with a god that you do not believe in.” Often accompanied only by a cello and her bare hands, Mel sings fierce lullabies to breathe herself whole.